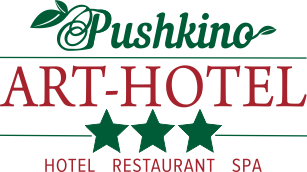 Our hotel is in close proximity to the All-Russian monuments of architecture and culture in the Moscow region.

Therefore we especially for you developed group excursion tours most of which of all are pleasant to be visited to guests, staying in our hotel. These tours will be interesting also to adults, teenagers and children! For school students these excursions will be very informative and fascinating. All will be delighted with the excursions and master classes included in tour cost, and these are 6 excursion directions:

Sergiyev Posad - the city founded around the sacred place of the Russian land - the Sergiyev Lavra Trinity. The Sergiyev Lavra Trinity bears a name of the esteemed Russian Saint Sergey of Radonezh. Daily Sacredly - Sergiyev's Trinity of laurels it is visited by thousands of tourists and pilgrims from around the world. In days of Christian holidays the monastery becomes the place of a congestion of a large number of believers. Among sights of Sergiyev Posad to Sergiyev Lavra Trinity, undoubtedly, is a pearl and the main subject to excursion display. Sacredly to Sergiyev Lavra Trinity it is entered in the list of the world cultural heritage of UNESCO. The main temple to the Trinity of Sergiyevy monastery built in the 15th century stores one of the most esteemed shrines of the orthodox Russian world - Saint Sergey Radonezhsky's power. Trinity Cathedral to the Trinity of Sergiyevy monastery - a unique historical object. The white stone cathedral is one of the few saved samples of the early Moscow architecture. Besides, it is one of not numerous cathedrals where the iconostasis painted with the greatest masters remained icon painters - Andrei Rublev and Daniil Cherny. 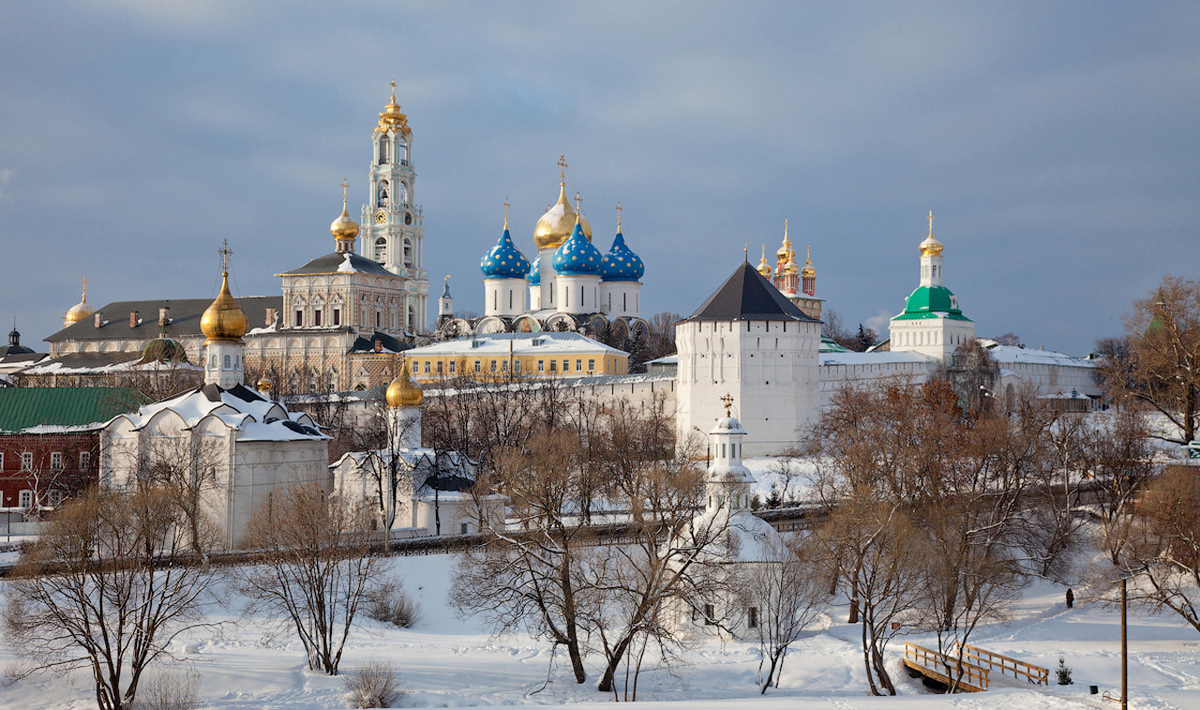 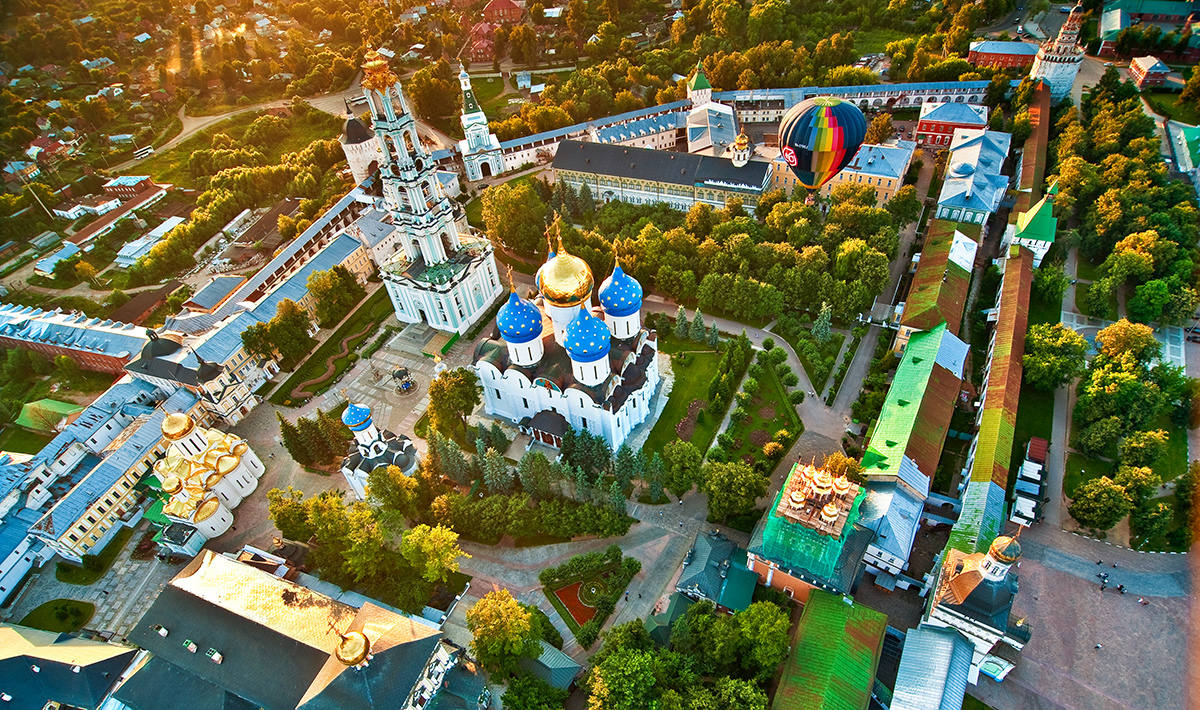 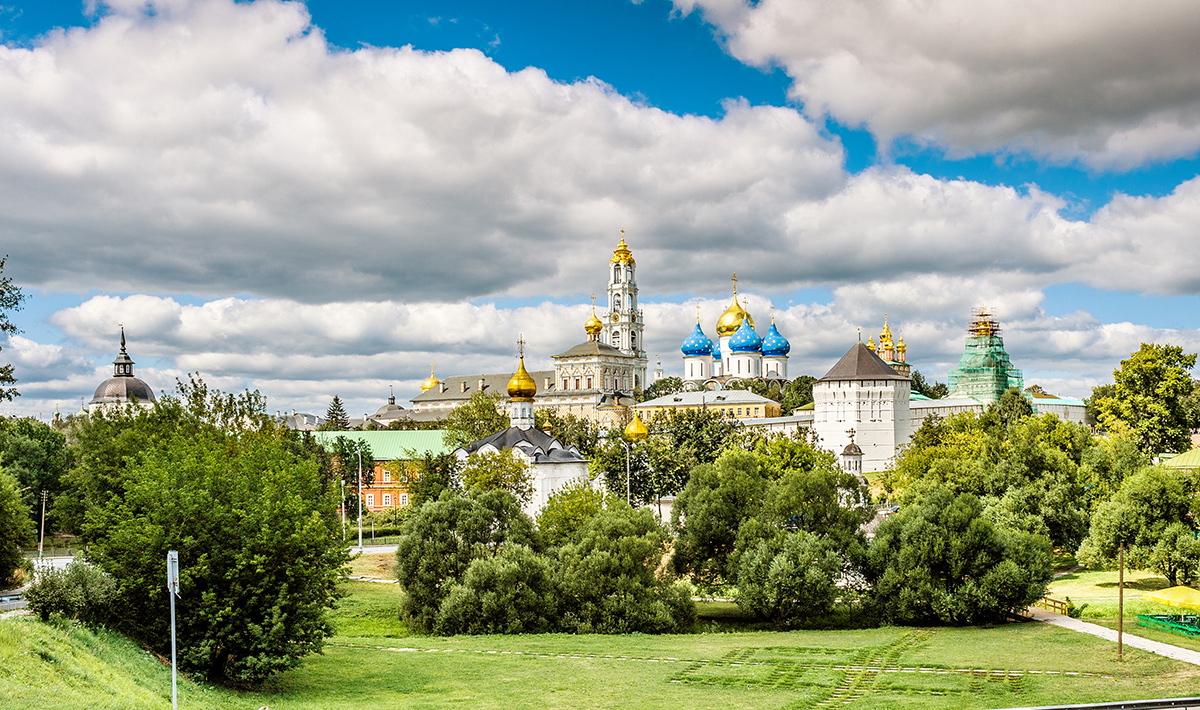 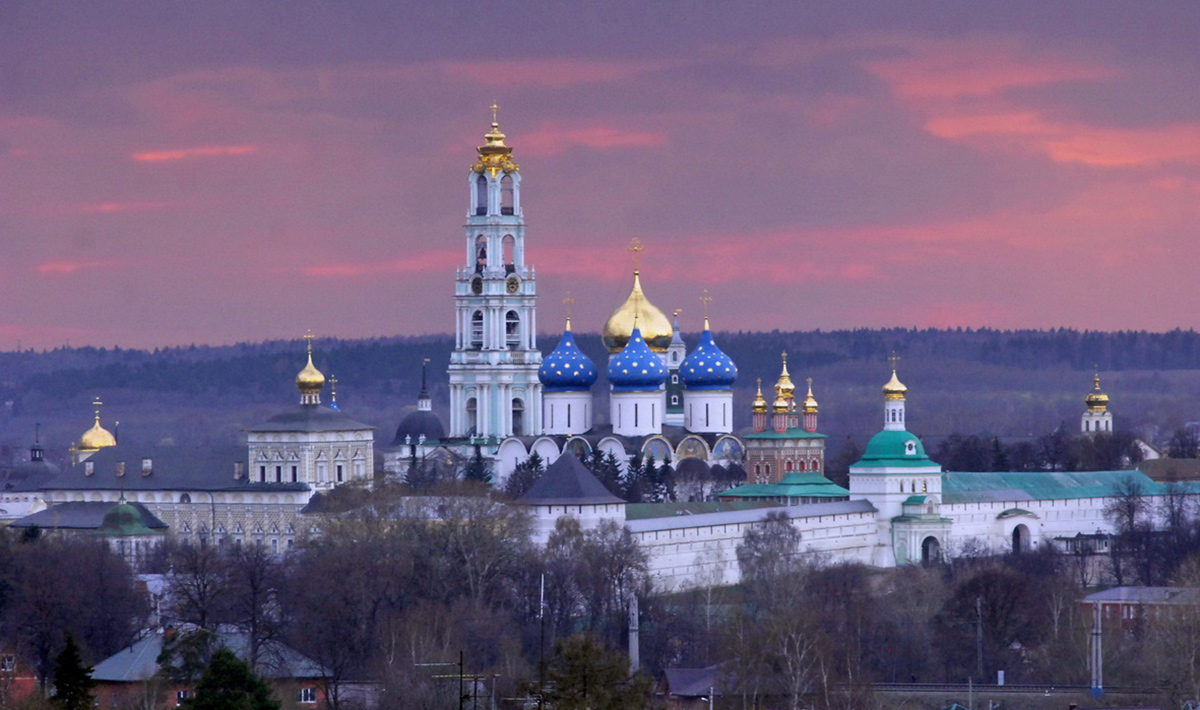 Today we suggest you to visit the state historical and art and literary memorial estate Abramtzevo. The territory of the museum occupies more than 50 hectares, includes monuments of architecture of the 18th and 19th centuries. Here it is possible to walk on the park and picturesque neighborhoods of the Vori River. More than 25 thousand unique exhibits are stored in a meeting of memorial estate: pictures, sculptures, works of arts and crafts and folk art. We will be able to look at photos and archives of the former owners of the estate. Teremok, the farmstead house, kitchen, Polenovsky giving, Church of the Vernicle and other objects in the territory of the reserve is included visit of the Main thing house, bath in the price of an excursion. It is provided to guests free time for photographing in the territory. 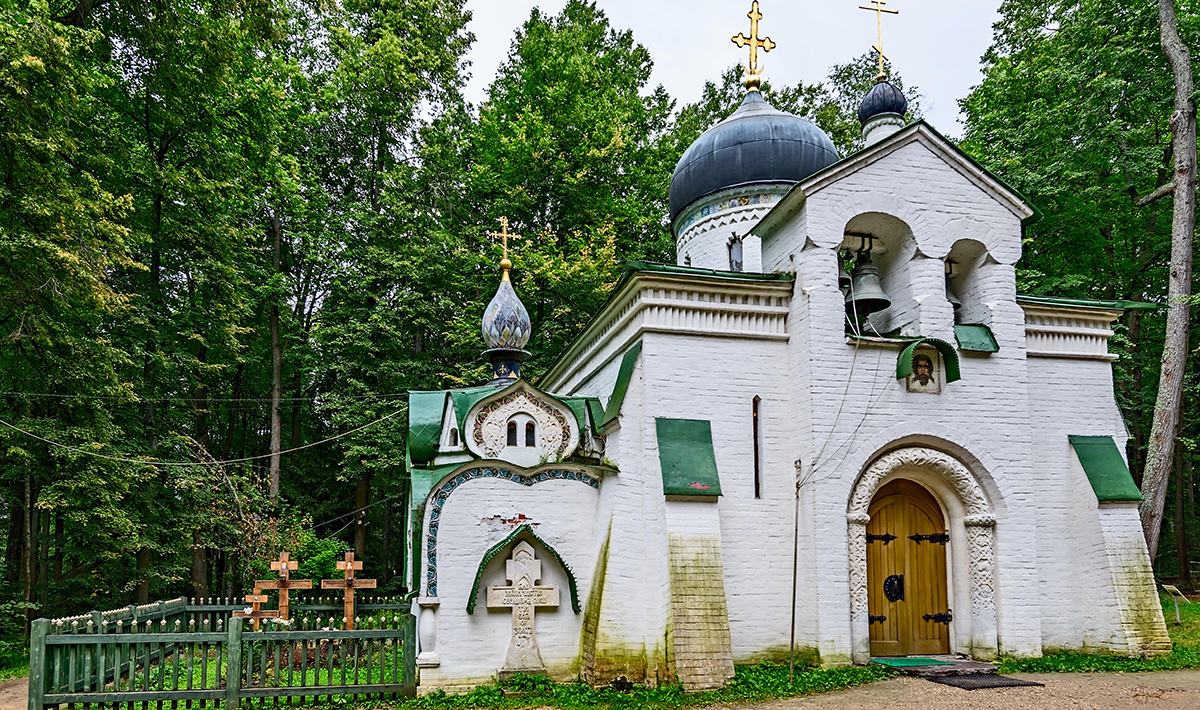 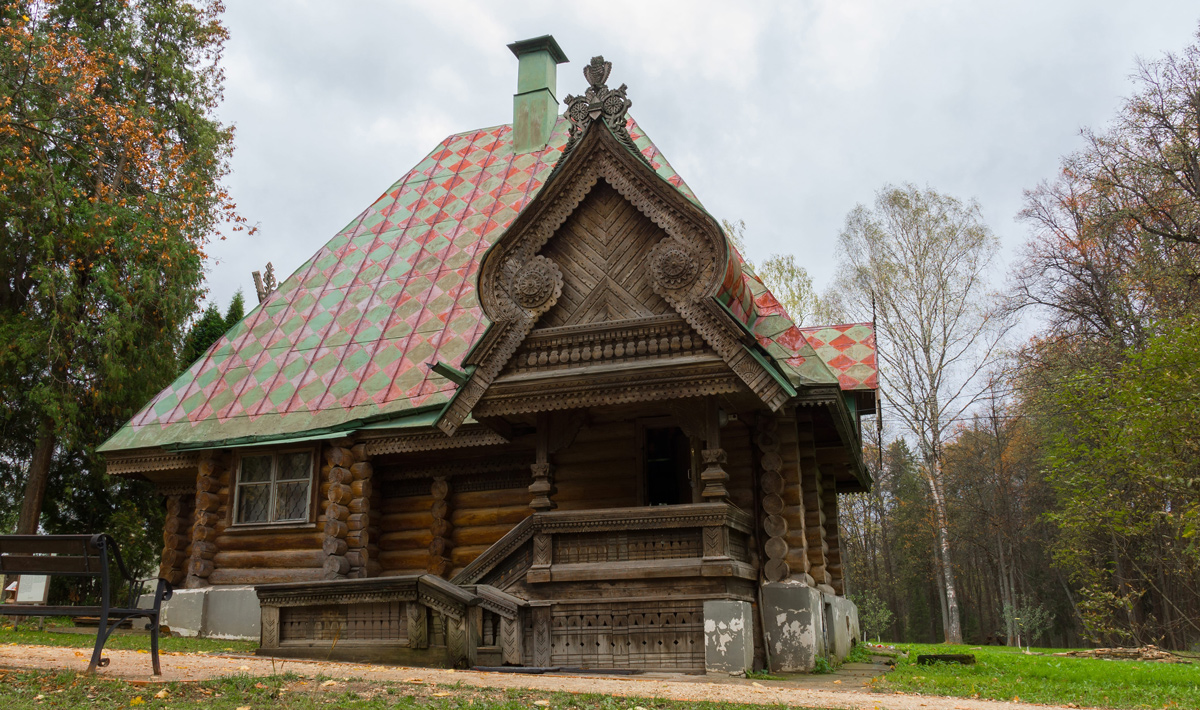 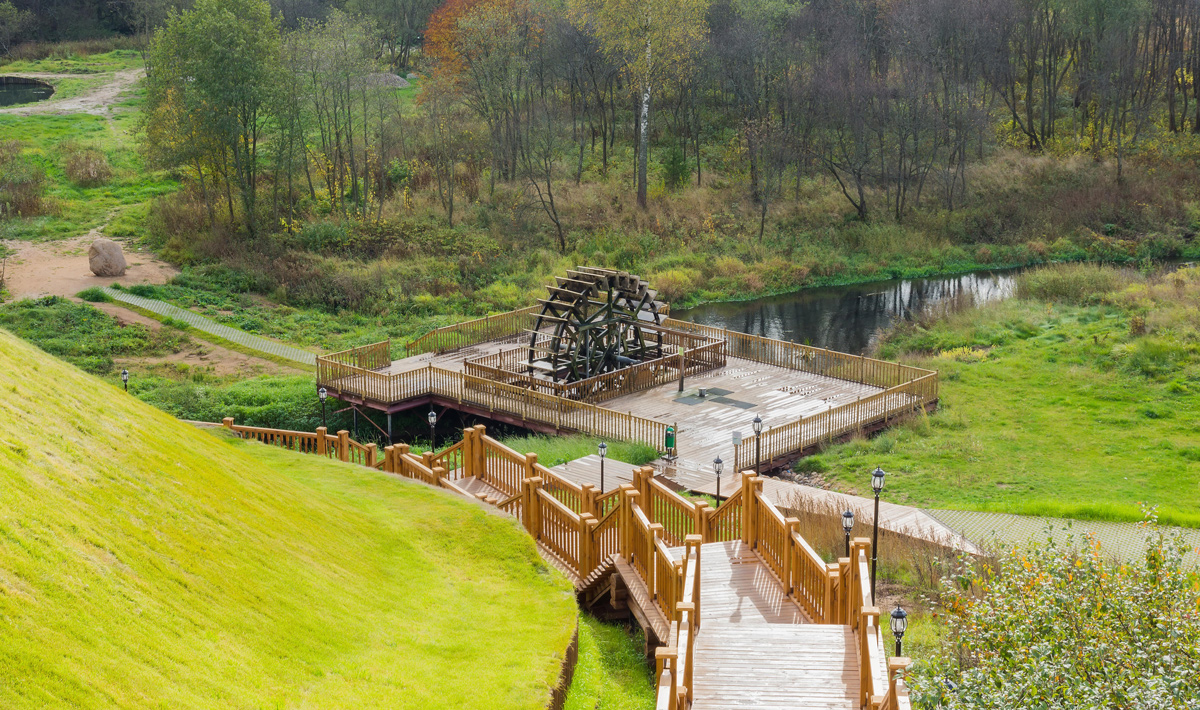 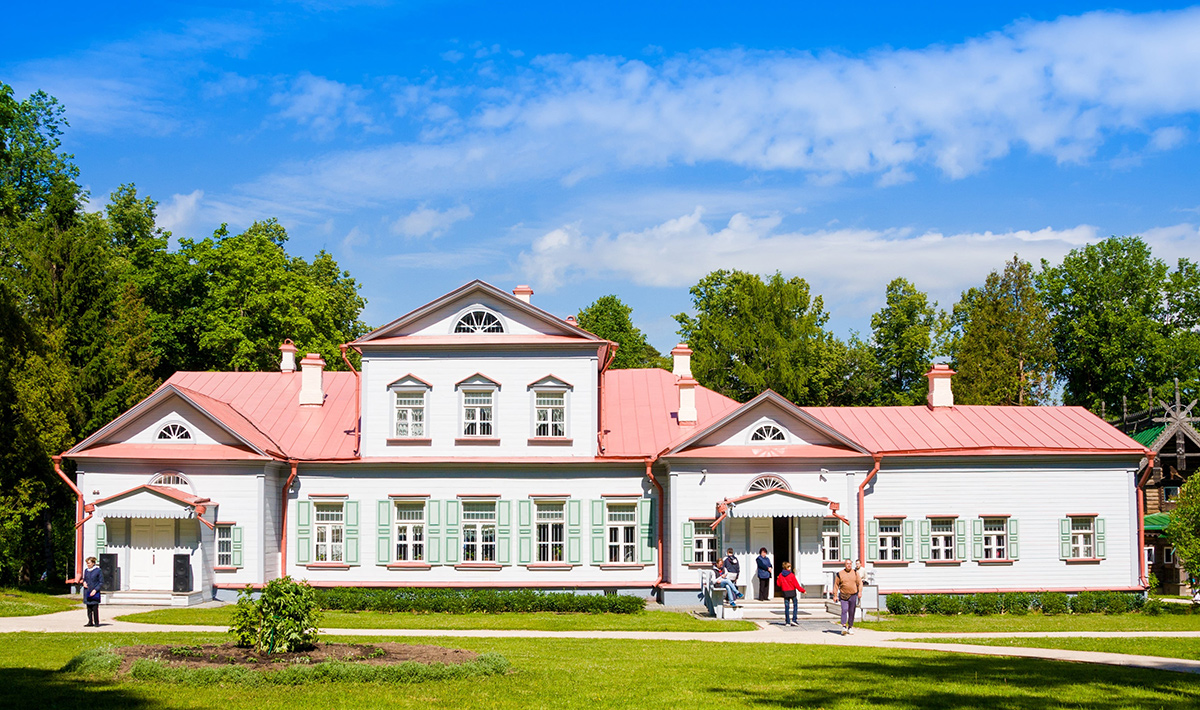 The well-known estate Muranovo hospitably opens the doors before tourists. Here everywhere the spirit of owners of Muranov (Engelgardtakh, Boratynskikh, Putyatakh and Tyutchev), and guests of the estate, their life and activity soars in Muranov and beyond his limits. Lyric poet F.I. Tyutchev and E.A. Boratynsky. Display of the main monuments of architecture and natural objects in the park and an exposition in the Main farmstead house. In the territory of the park we learn about history, appointment and architecture of all constructions - the main farmstead house, the Wing and Kitchen, Gladilki, Kucherskaya, the Glacier, House church of the Vernicle of family of Tyutchev. Natural objects of the park (lime and pink avenues, ancient trees, the remains of a fruit greenhouse and system of ponds) strike with the magnificence even experienced tourists. The main exposition is in the farmstead house: (two floors, 16 rooms) there is a possibility of visit of an exhibition "On anniversary N.M. Karamzin. 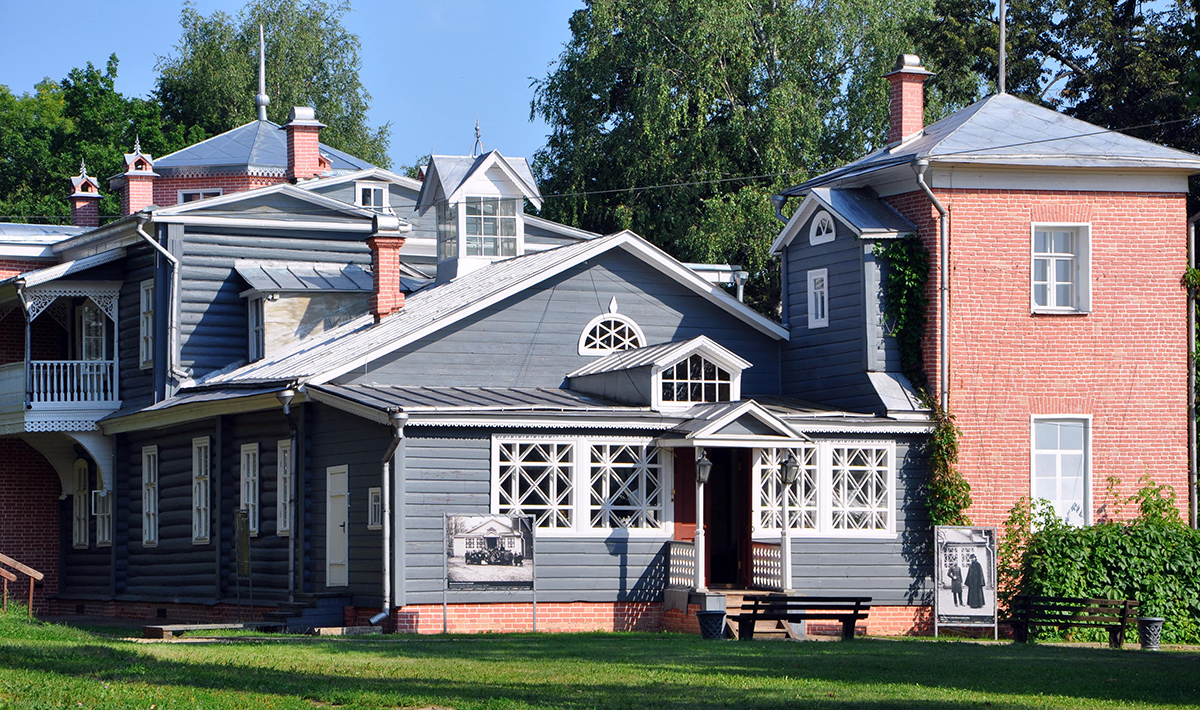 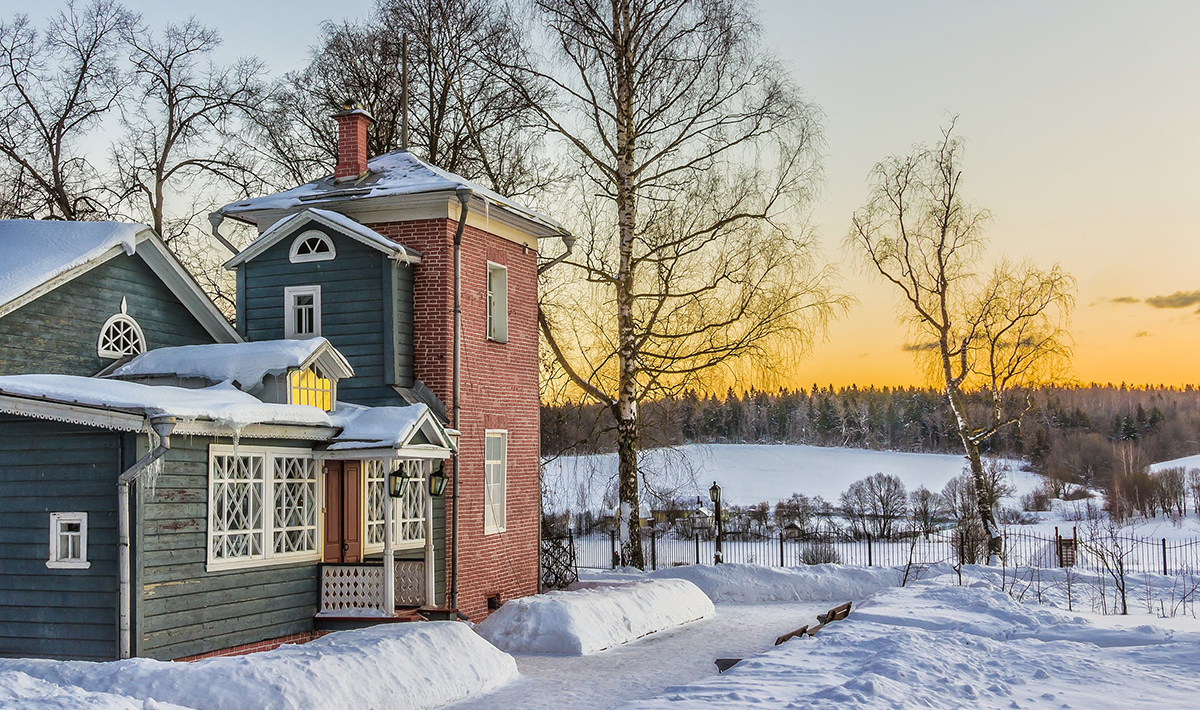 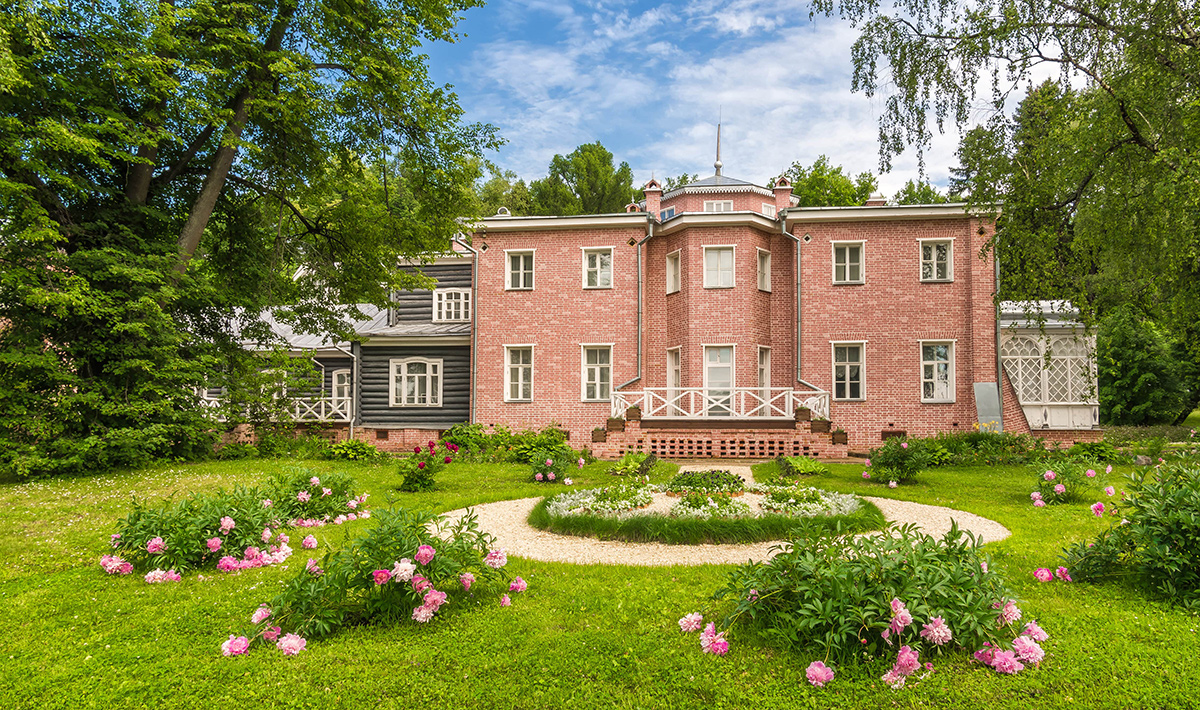 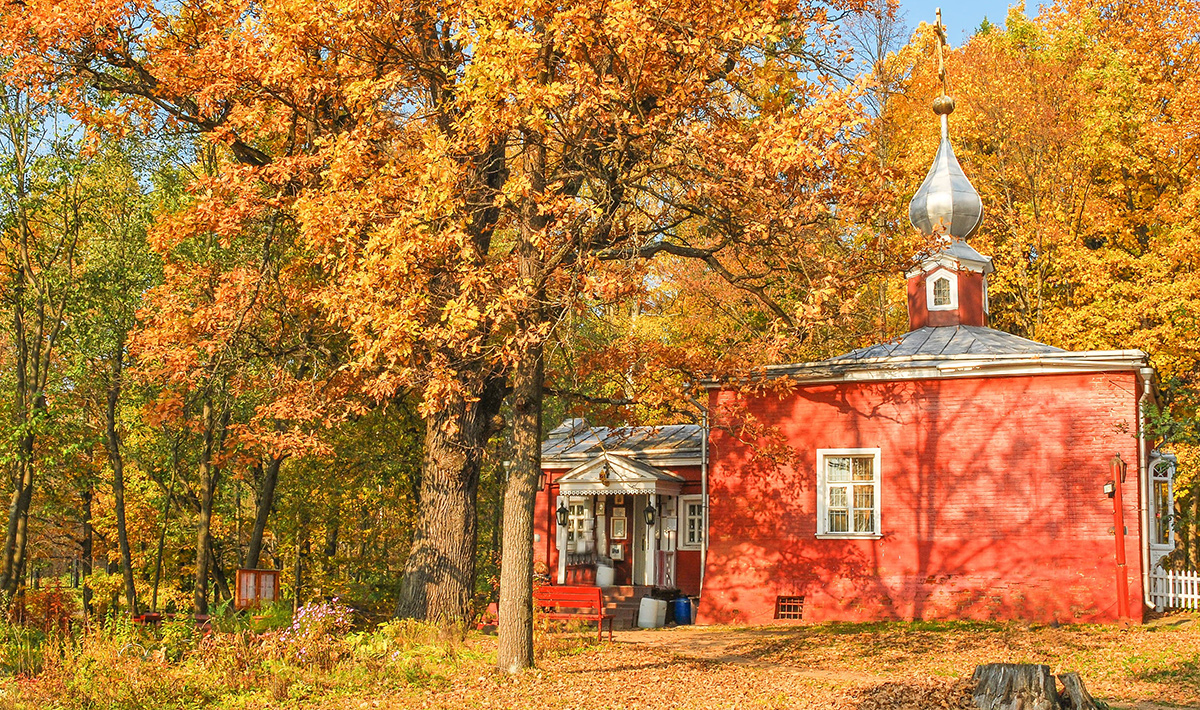 Museum of painting of Zhostovo

We invite you to visit a fascinating and informative excursion - the museum of painting Zhostovo only in the world! Here you will get acquainted with models of painting which represent the considerable and original phenomenon in the Russian arts and crafts and art culture. It will be with own eyes possible to see hand-painted technologies and to get memorable souvenirs. 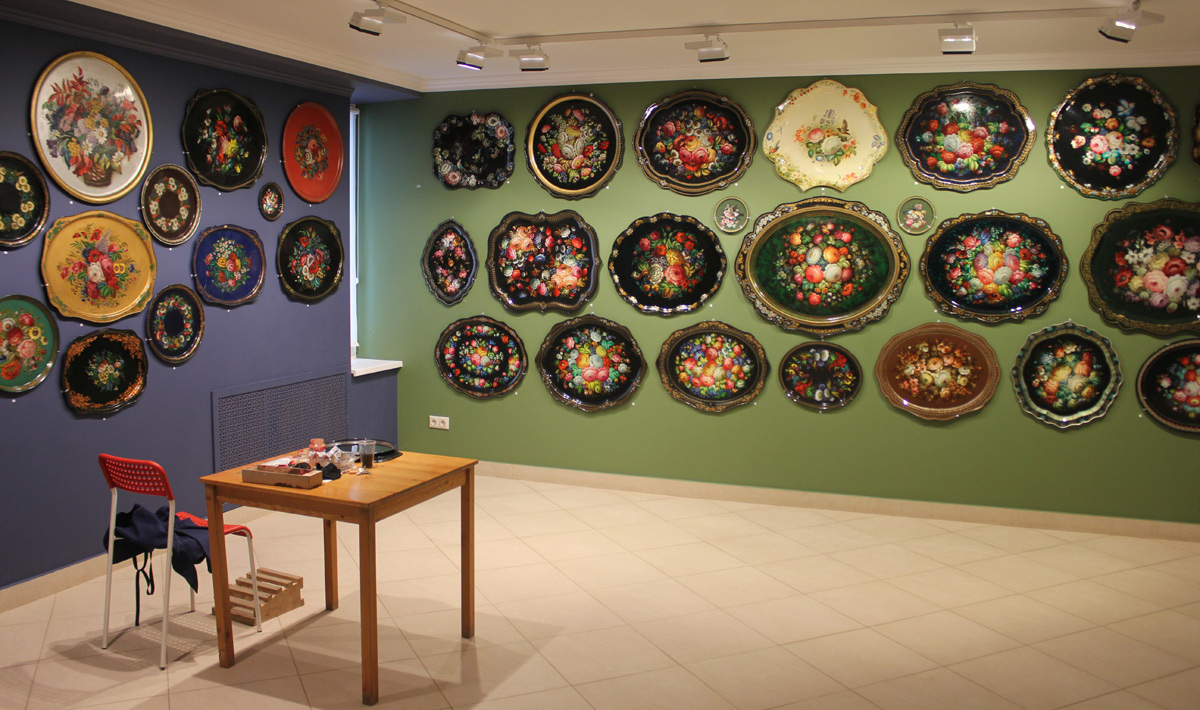 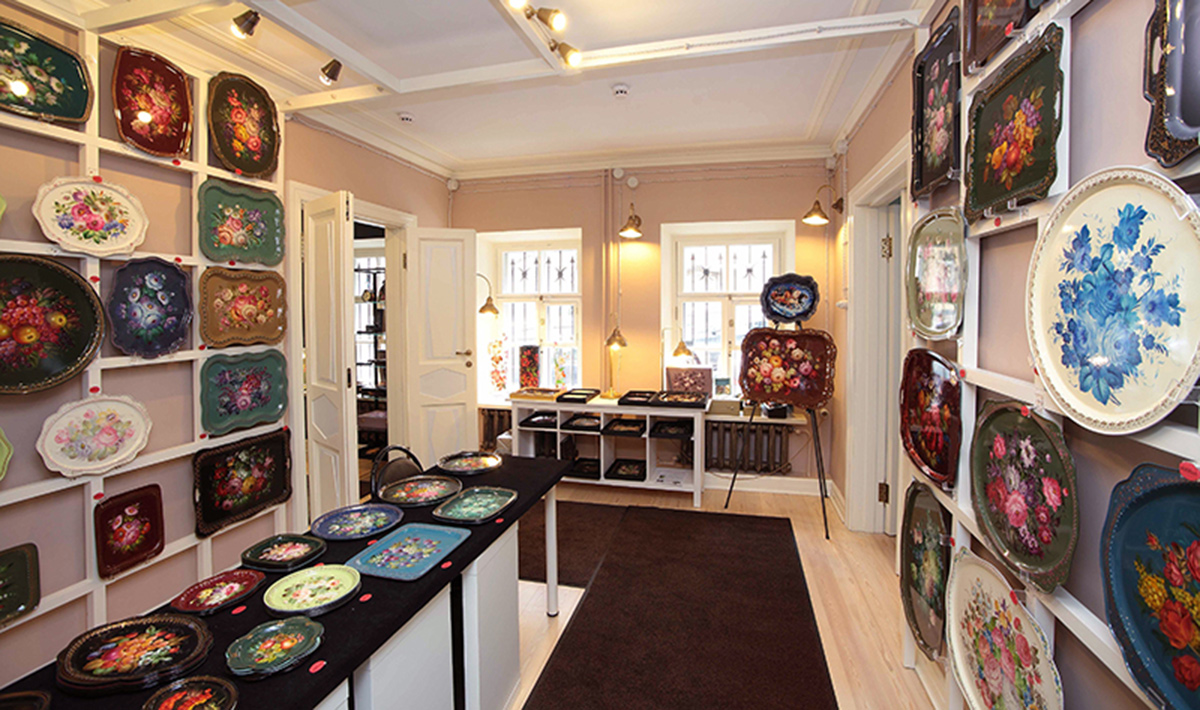 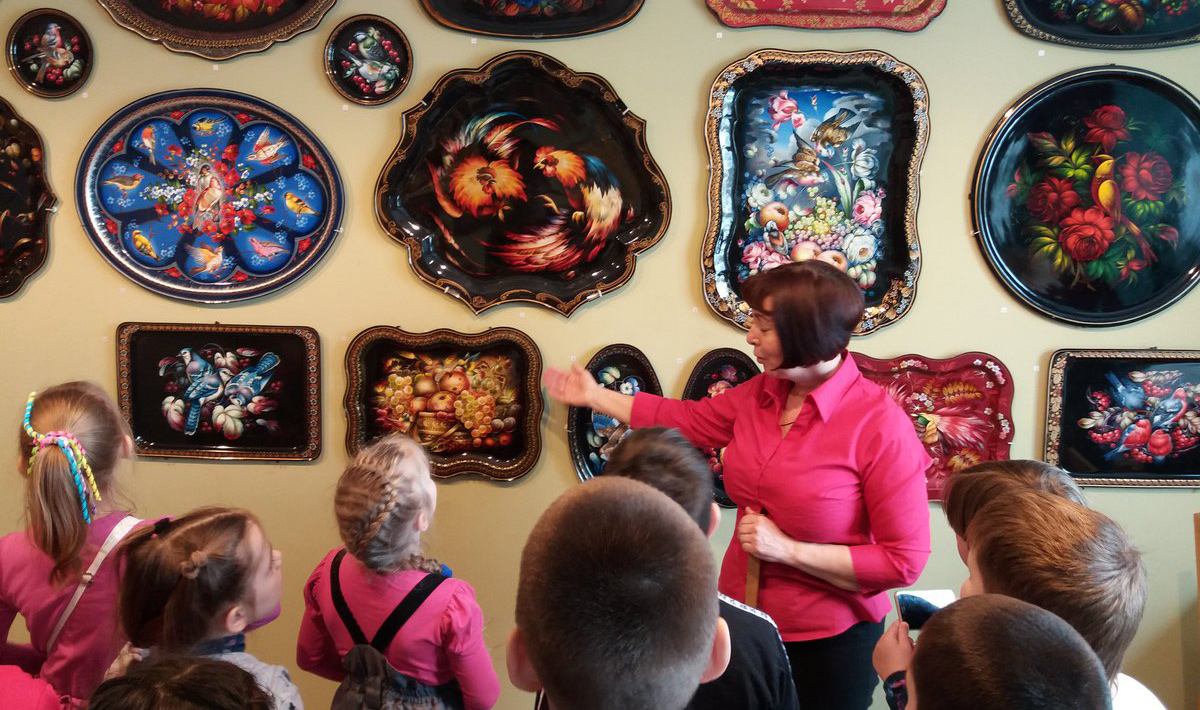 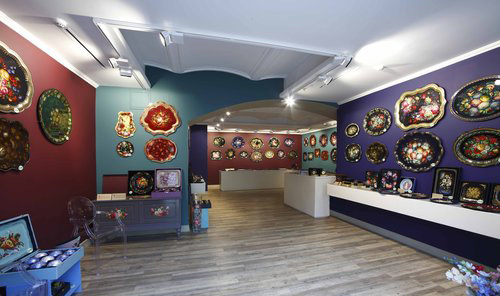 In structure of memorial estate there are twelve buildings. Six objects of cultural heritage are at Istoricheskaya Square, the territory of the Dmitrovsky Kremlin – a unique monument of archeology and architecture of federal importance. Over time the museum turned into one of temples of historical memory of our power; became the owner of the richest fund collections interesting on the maintenance and execution of expositions. Today the fund of the museum makes nearly 40 thousand units of storage among which there are considerable and even unique works of oil painting, an iconography, graphics, porcelain, weapon, fabrics, furniture, books and documents. 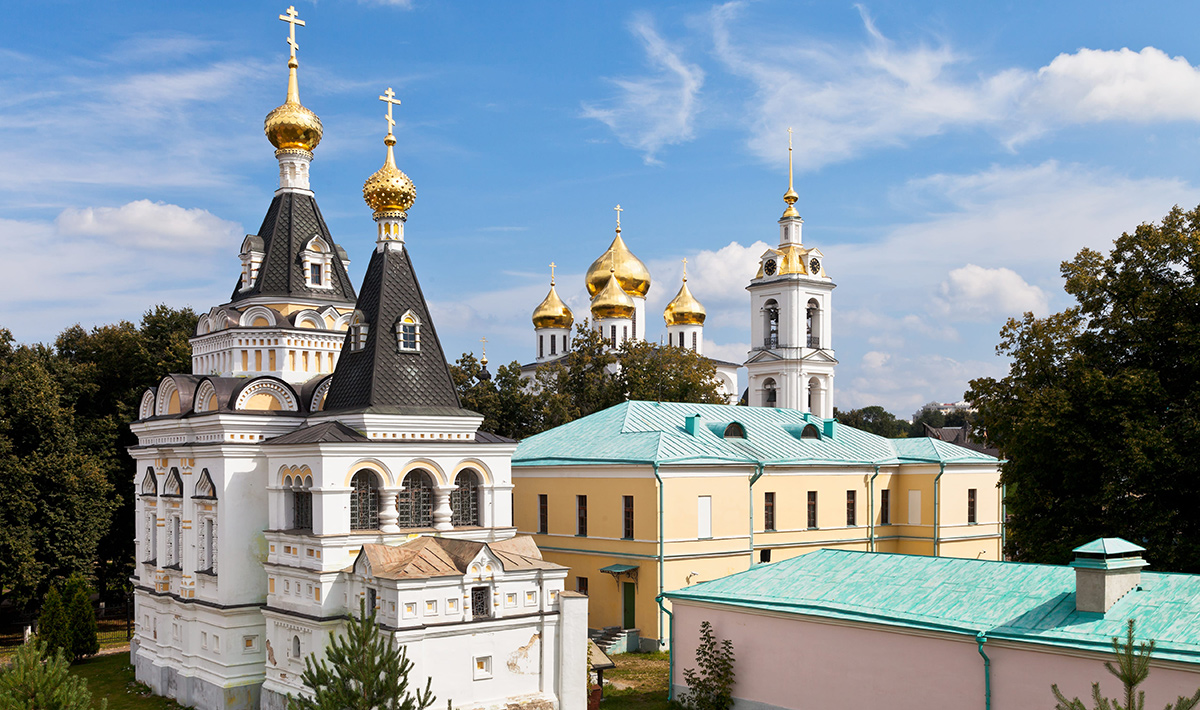 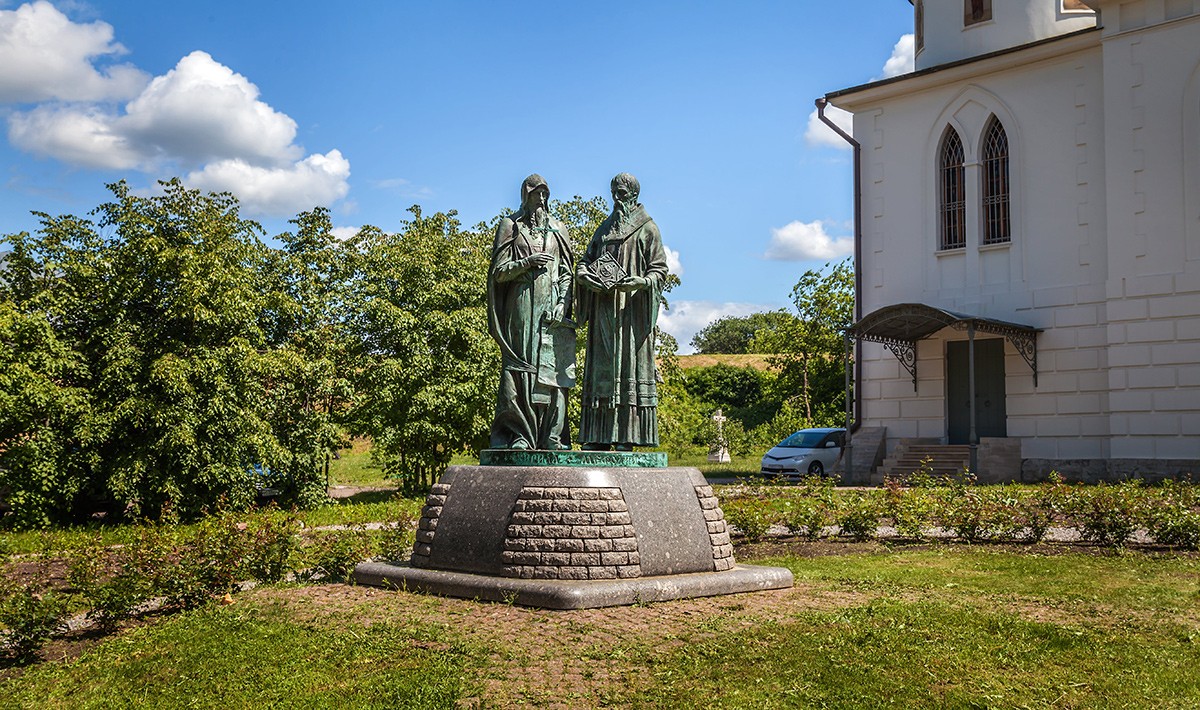 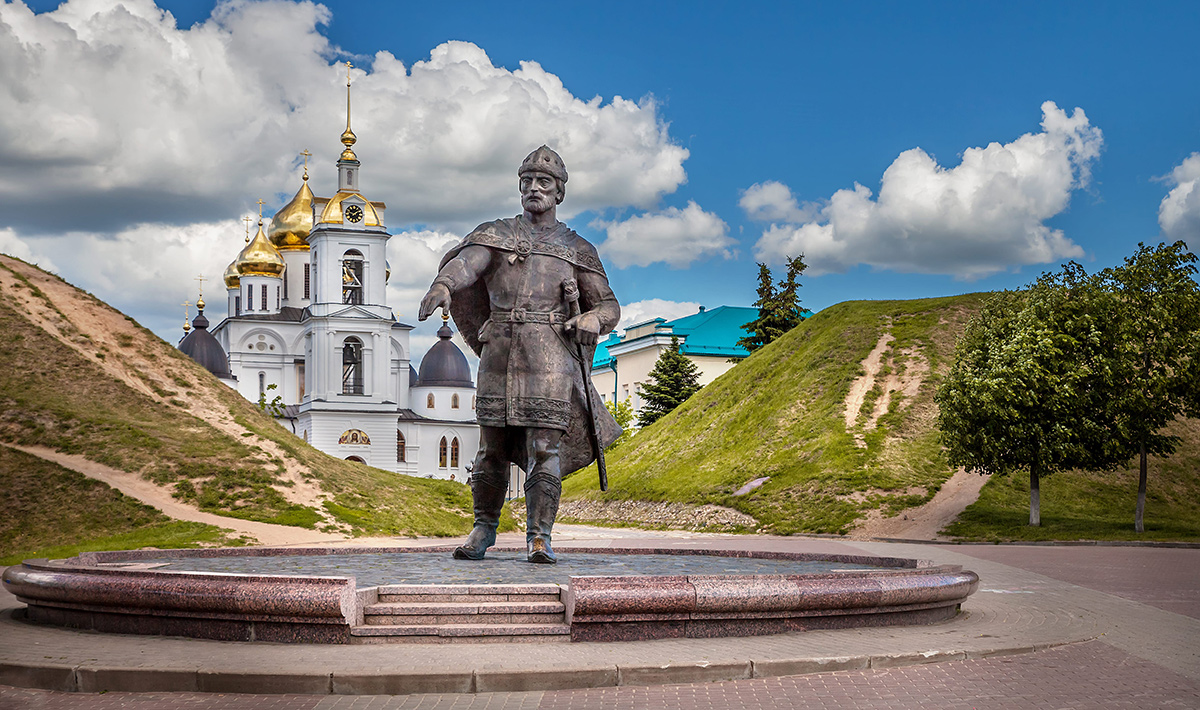 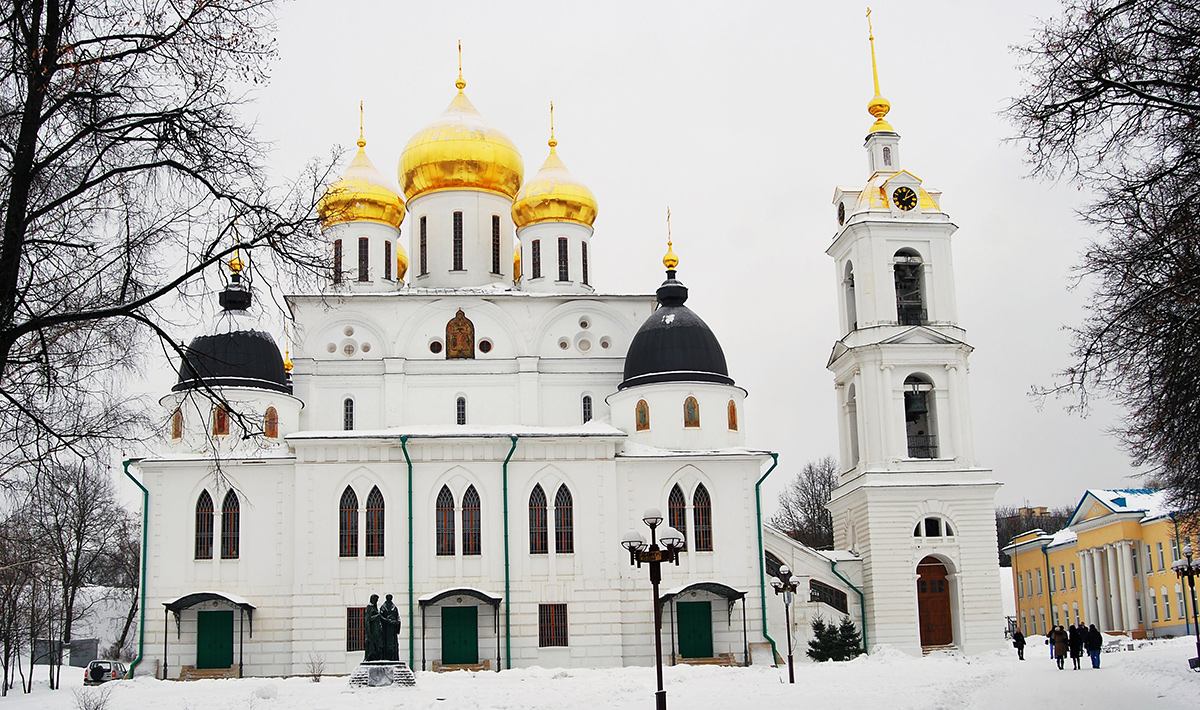 Tower of the tsar Berendey

"Berendey's house" is a fairy tale, it is a game to the kingdom which is the beginning and a source of creativity. On a threshold of a fantastic tower with songs yes jokes, mead yes bread salt cheerful berendeyka welcome guests. There is to a carved porch a legendary Tsar Berendey, tells to guests a word privetny and invites to a cheerful Russian holiday which indifferent will leave nobody. Upon termination of the program each visitor will be able to receive the souvenir promising happiness, success, good luck from the tsar's hands. 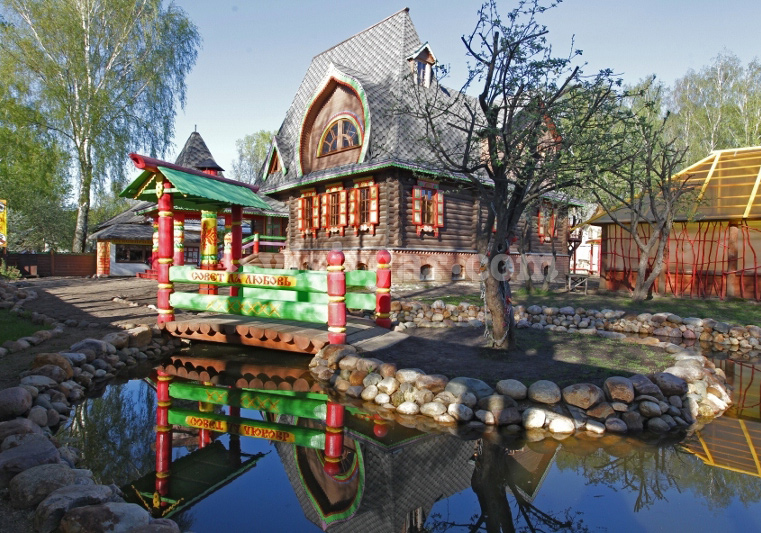 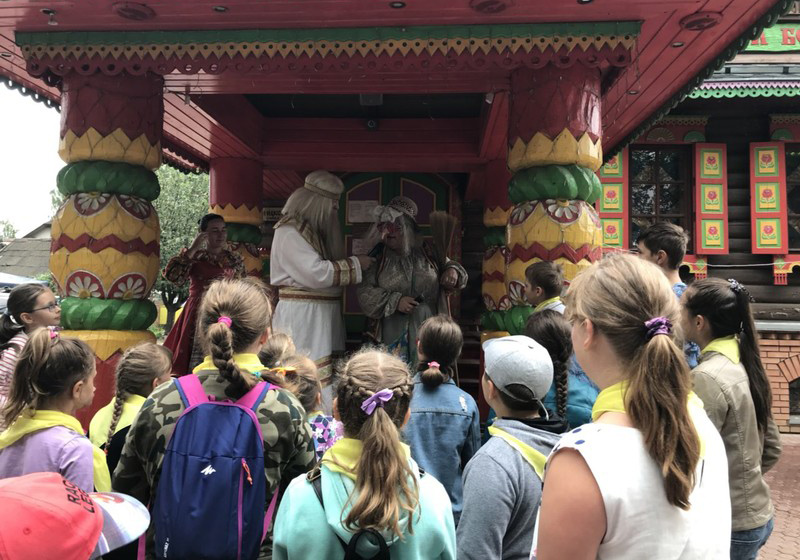 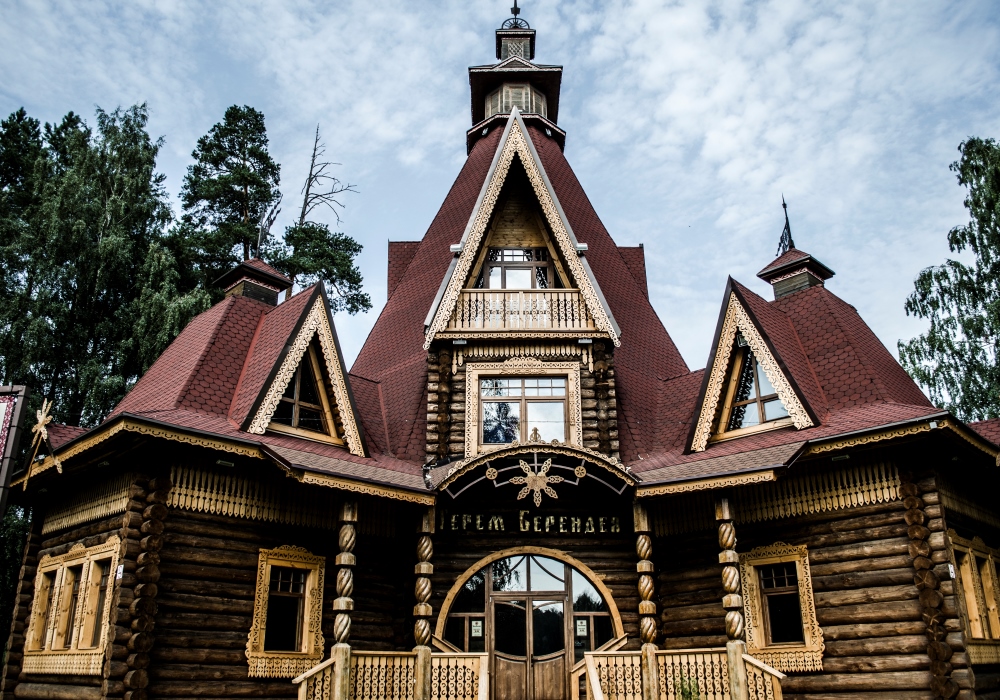 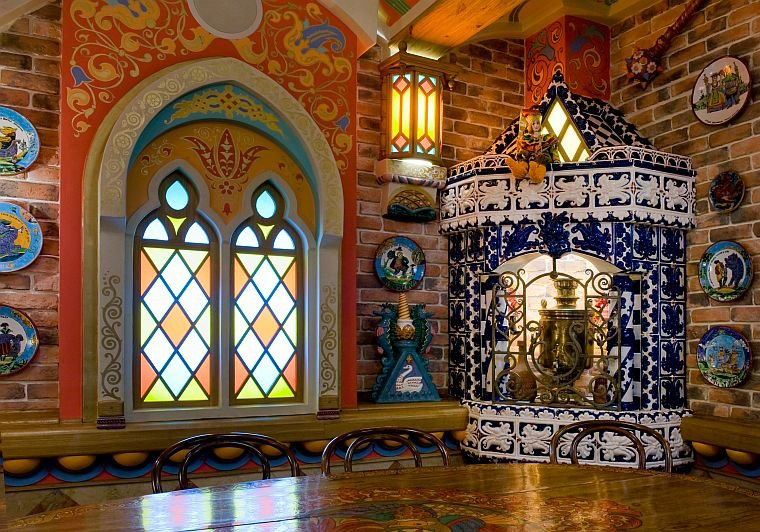 Attention! At all excursions for physically disabled people access is carried out only on the first floor of buildings.
Group excursion tours are calculated for group of 30 people. The number of people can vary downwards.
TOUR COST IS FROM 6500 RUBLES FROM THE PERSON BY DAY.

In the cost of tour it is included:


* Excursion tour can be organized on: 2 days / 1 night; 3 days / 2 nights; 4 days / 3 nights; 5 days / 4 nights; 6 days / 5 nights with the choice of an excursion for every day. The number of days and the number of excursions, and also the schedule for every day is coordinated with the customer.

+7 (496) 585-48-64
+7 (926) 864-75-78
+12 °C
Weather in Pushkino
We use cookies to improve the way you interact with our website. By continuing to view this page, you are agreeing to use cookies. Learn more about our "Cookies Policy".
We use marketing cookies if you have given permission for this. If you do not give permission, advertisements will still be shown, but these are random advertisements. You can make your choice below.
When booking
Spa – the Relax tour
on a promo code
you receive the DISCOUNT
for a tour of 300 rubles, and also
a soaring session in a cedar barrel
AS A GIFT!
More detailed